6 to 8 Dec 2010. A man was reported missing near Combienbar in East Gippsland on Sunday 5 December 2010.  He was in a group that was fossicking around old mine sites in the area and became separated.

BSAR was called to assist, with the first team leaving Melbourne in the early hours of Monday 6 December 2010. This initial search effort found some signs of the man’s movements.

A BSAR search group located the man on Wednesday afternoon. Other BSAR groups moved to the location to provide additional first aid and support.

Police Search and Rescue Squad members brought in a stretcher and coordinated the move of the patient to a nearby location where he could be winched out by the Air Ambulance helicopter. This was done just ahead of a storm front with heavy rain.

The missing man’s sister passed on these words of thanks:

All the fantastic volunteers from Bush Search and Rescue Victoria are legends. You probably don’t know this but the man you rescued from the dense bush outside Combienbar was my brother. Words cannot really express the gratitude my family has for you and all the volunteers who dropped everything at a moment’s notice to go and search for Peter. Without the BSAR, the Police Search and Rescue, local Gippsland police, Police Operational Response Unit, SES and DSE all coordinating he would not have been found. But special thanks to BSAR because you actually found him. THANK YOU TO ALL THE MEMBERS FROM BSAR WHO WERE PART OF THE SEARCH AT COMBIENBAR.

All the best and heartfelt appreciation from Peter’s family. 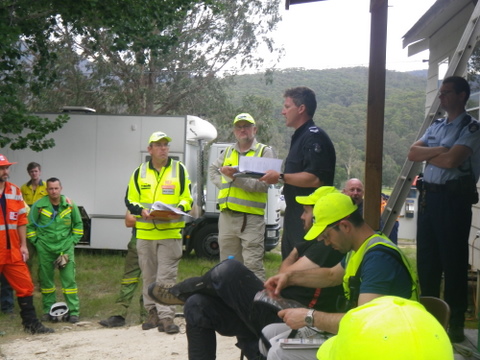 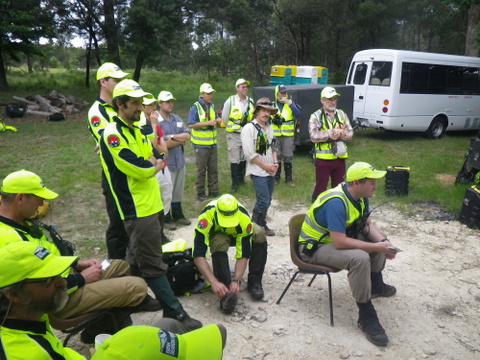 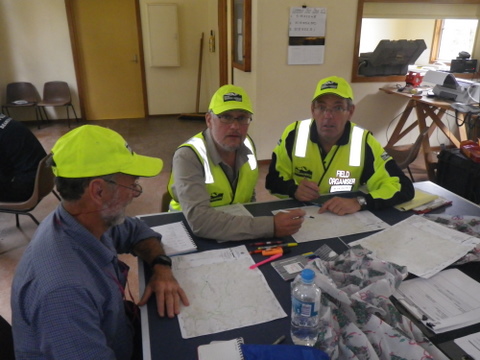 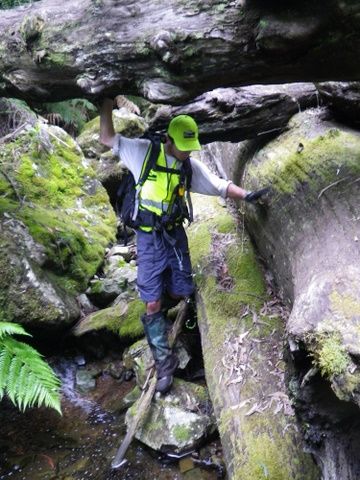 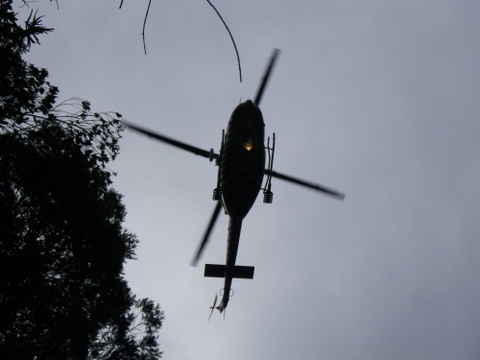 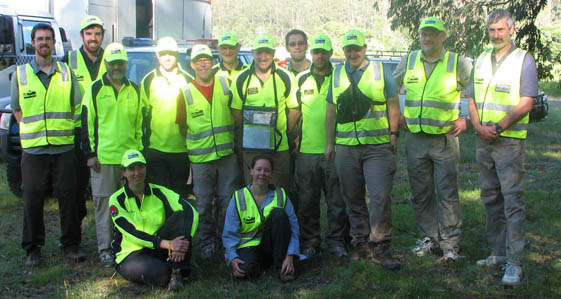 Bush Search and Rescue search team on days 1 and 2