The approach to searching outlined above applies almost equally when the search is in snow country, but a number of special factors also need consideration. The days will be shortet Cold and probably wet conditions mean a shorter time before lost people succumb to hypothermia, so there will often be an added urgency and BSAR will probably be involved earlier in the search.

This adds to the likelihood of the search being called off if the lost person is found quickly by local searchers. However, this is vastly preferable to being called too late and then being unable to reach the lost people in time to save them.

Snow shows tracks well, at least for a time, and this can be of great advantage on a search. Open areas can quickly be covered, or scanned by eye in clear weather, and then the tree line searched, looking for tracks leading into the shelter of the bush. This often works around ski resorts. Pole marks usually reveal the direction of travel of the cross-country skier.

Skiers in trouble often mark their location, or the point at which they left a run or trail to seek shelter, by planting their skis in the snow in the form of a cross. It is worth looking for such indicators.

Searches often take place after heavy snowfalls and adverse weather conditions where a skier or snowboarder has ventured beyond the resort boundary or patrolled area. 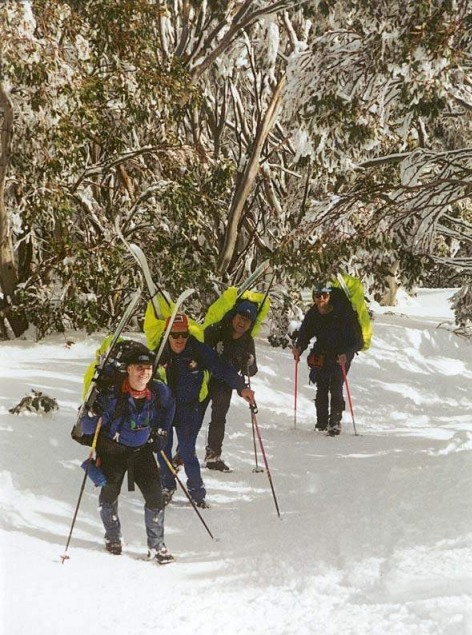 A long climb up from South Buller Creek 2001