No two searches are ever the same, but the following notes give a general outline of some of the search techniques that have proved effective in the past. Because lost people will eventually succumb to exposure unless they are unusually well equipped, search plans will be a balance between thoroughness and speed. This balance will be different in winter, when the survival time is much shorter than in summer

But one thing is certain: neither thoroughness nor speed will be enhanced by charging into the field without a proper plan. Time spent in initial planning is time when no searching takes place, but it is essential that systematic plans are made. Subsequent planning sessions seldom delay the search because they can take place while the search is in progress or at night. 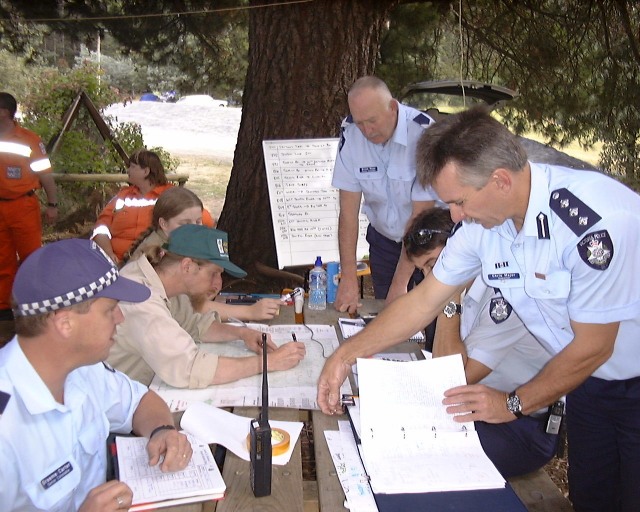 When making the initial search plans, certain assumptions are often made:

The above assumptions are very general, and will not always be correct, especially when dealing with children or people with a medical condition. They can, however, often help to guide a search, particularly in its early stages and in the absence of clues.

There are no absolutes in search situations and a vivid imagination can conjure up unlimited possibilities, many of them improbable. Search strategy is a matter of assessing probabilities based on the information available and previous experience.

One should not infer from these notes that searches grind inexorably along, slavishly following some master plan. In fact search planners need to remain very flexible, appraising information as it becomes available and responding appropriately. One way of building flexibility into the plan is the use of reserve groups, as noted in the previous chaptet These groups can often be used to quickly back up other groups, investigate reported clues or follow up new information.

Early Stages of a search showing road patrols, search of main features and a line search in the area of highest probability

This is usually the first search technique to be initiated and it is often maintained throughout the duration of the search. Reconnaissance searching can be done by vehicle (four-wheel-drive or motorcycle), by aircraft (usually helicopter), on foot or on skis. Its main aims are to:

Feature or general searching aims to cover lines and areas of high probability. It is usually performed by groups of four moving along well-defined terrain features such as ridges and creeks or resort boundaries.

The members of the group are usually spread across the feature to maximise coverage. The distance between group members is detennined by the density of vegetation and the characteristics of the terrain. Group mem¬bers must maintain visual contact with each other and ensure reasonable coverage of the ground in between.

At regular intervals the group should stop, call and listen. There are two reasons for calling: to help maintain contact between team members and to attract the attention of the lost person. For the latter reason, it is vital that searchers stop frequently and listen for a reply.