A brumby hunter reported missing on Friday 20 Nov 2009.  He was last seen by his companions near the remote Davies Plain close to the NSW Border and the Murray River in NE Victoria.

BSAR was called to assist with the search.  The team arrived on Sunday afternoon, 22 Nov, after a very long drive from Melbourne.

BSAR groups searched in the area and camped out on Sunday night. The terrain was difficult due to vegetation regrowth after the 2003 alpine bushfires.

A second call out on Sunday for BSAR searchers resulted in an additional large team arriving Monday morning.

The missing person was found by searchers on horseback after he walked onto a track on Monday morning. He was in good condition. He survived by sleeping in a wombat hole one night with a dog for company to keep him warm, and making a bush shelter around a hollow log for another night. 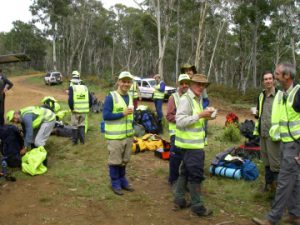 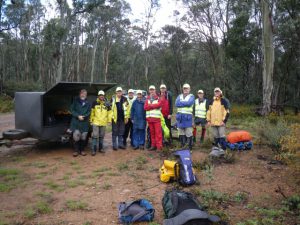